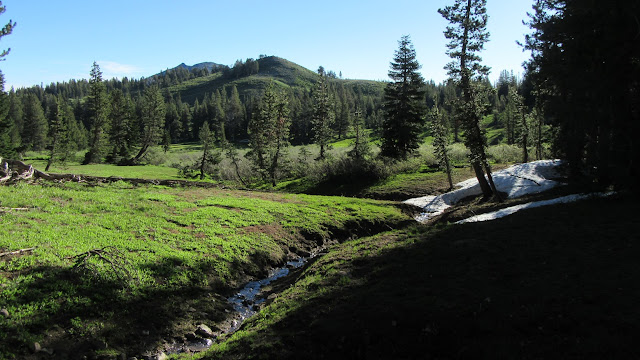 What a roller coaster of emotions today. This day was a day of dreams becoming reality, but also nightmares coming to fruition.

First, I’ll let the readers know that this post is going to be difficult to digest. Maybe don’t read this one at the office.

The morning started like most mornings on the trail. I woke up at 5:30 am and immediately pulled my hood down to block the light and went back to sleep until 6:40 am. After packing up my brand new tent (which is awesome), I was on the trail at 7:15 am and clicking off miles pretty quickly. The trail took me through a forest and past a meadow or two, some creeks, and a lake or two. 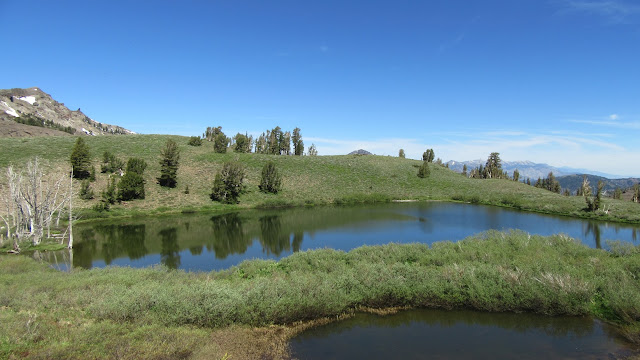 During my morning hike, I grabbed a few jelly beans from a bag of jelly beans and looked in my hand and there was a jelly bean flower. I assume this flower is for my wife who is nice enough to remove all the black jelly beans before sending me these in a resupply box.

I had stopped on a ridge to upload content for my blog when Mermaid showed up. I’d met her only once or twice before and each encounter was brief. This time we hiked together and talked for a few miles. The conversation flowed well but eventually she and a friend of hers named Raven, who’d caught up with us, turned on the jets to make it to trail magic. Text messages from people in front of us confirmed rumors of “trail magic deluxe!” at highway 4.

The last two miles before the trail magic, my ankle was really bad. I was in a lot of pain and I limped into the trail magic at Ebbetts Pass. My bad mood from the ankle troubles suddenly vanished.

This trail magic was like nothing I’d ever seen. Multiple trail angels tended to each hiker. They saw I was limping and before I knew it I was sitting in a chair with a ziploc bag full of ice on my ankle. Then I was ASKED... “Pizza or Burger?” I looked at their setup and they had a grill AND a pizza oven!

I of course went with the pizza option and while it was being baked, I feasted on a banana, cookies, potato chips, and a caramel covered brownie. I washed this and the amazing pizza down with three sodas. 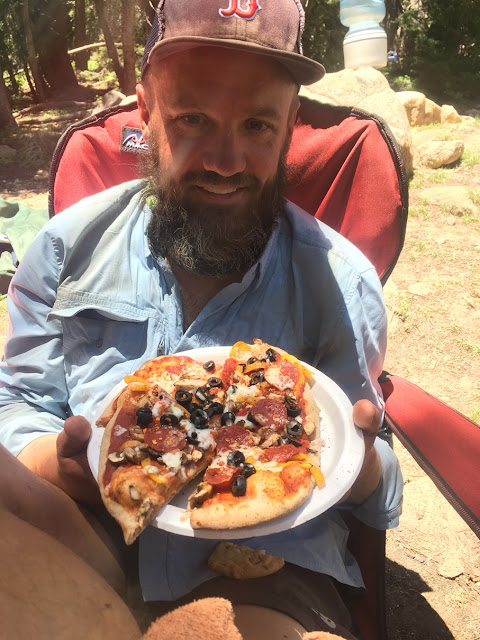 The trail magic is run by two guys named Alan and Tim. They are dedicated and they’ve even branded a van with the name “Limit Situation Trail Magic”. These trail angels are so generous (like all the trail angels we meet). When I asked why they do it, Alan’s response nearly brought me to tears, because it did bring him to tears. He said he does it because it’s one of the truest ways to connect with people. He said the hikers he feeds and treats like kings and queens are truly grateful.


He also noted that the time hikers spend lounging at his setup is quality time where hikers and the trail angels get to really connect with one another without interruptions of cell phones, etc. I have the utmost respect and gratitude for Alan and his huge heart.  Guys like him restore faith in humanity.

After spending over three hours just hanging out with Scuzi, Spiceman, Raven, Mermaid, Pants, and others I was the first to depart at 4:15 pm, knowing my ankle would give me some trouble and I still wanted to hike another 6-8 miles. 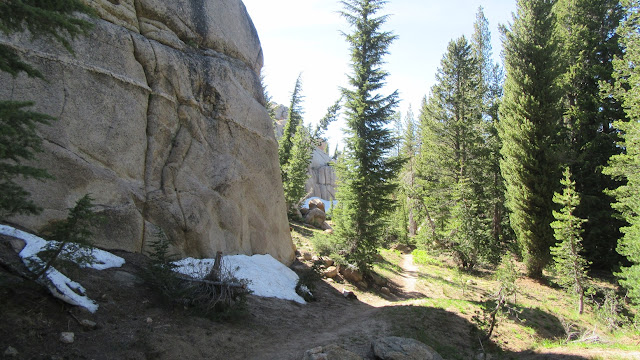 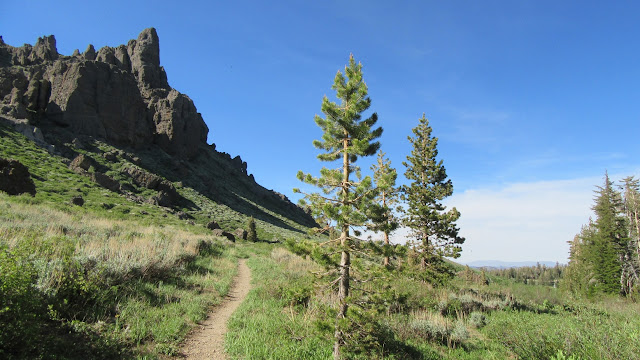 I ended up hiking almost 10 more miles through terrain that resembled parts of Colorado. Aspens, wildflowers, and conglomerate rock dominated the afternoon’s trail. As daylight was waning, I finally exited a canyon and found a tent site. 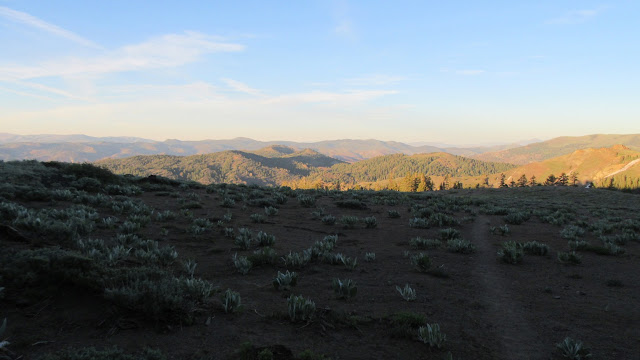 This was right as the sun was setting. Before I even started settling up my tent, I took my phone out of airplane mode and that’s when my day took another drastic turn.


I learned from my brother Chris that my nephew Jack had been in a very bad motorcycle accident tonight. He was airlifted to a hospital in Boston and apparently he had to be revived a few times en route. I dropped to the ground and wept after hanging up the phone. I called my other brother Eric and he answered. He was at the hospital waiting for Jack to emerge from surgery. I felt helpless. There was nothing I could say or do. Eric was emotional as any parent would be in this situation and he told me what I could do was say a prayer since I, being in the mountains, was probably closer to God than anyone else in our family at the moment. After crying on the phone with Eric, I sat in the dirt while watching the alpen glow from the sunset and uttered my first prayer in twenty years. I prayed aloud for Jack to pull through this and make a full recovery. 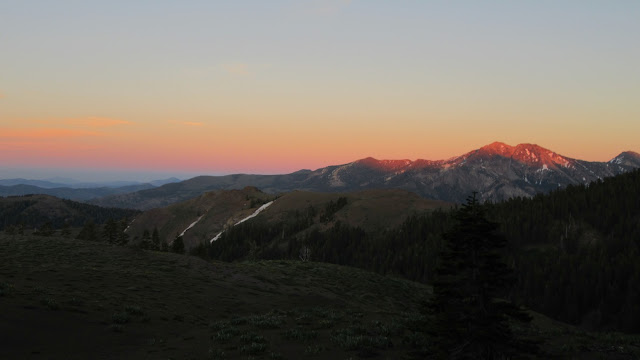 I then cried some more while doing routine hiker chores like treating water, making dinner, and setting up my tent. While cooking, I was staring off into the twilight and a huge buck trotted right by about 20 feet in front of me. He had an enormous rack and stopped for 2 seconds in front of me, looked at me, and then trotted off. I like to think it was a positive sign for Jack.

I also learned tonight that HoosierDaddy is getting off trail at South Lake Tahoe and heading home due to some medical problems. That guy was a class act and I’m certain this breaks his heart. I just wish I could give him a hug and tell him what a great friend I think he is.

Tonight, I lie awake wondering how the surgery is going and waiting for any message or phone call. Thus far it’s almost two hours after hiker midnight and I’ve heard nothing. It’s almost 2:00 am now in Boston.

This morning I would have done anything to be rid of this ankle pain. Tonight I’d hike another 1600 miles to Canada with this pain or worse if it meant that Jack recovers from this.

Editorial update from Adam's Dad: It is with a heavy heart that I write this update. At 2:13 am (Boston time) just after Adam sent this email for me to post, I got a call from Eric and found out that Jack had passed away due to injuries from the accident.  I called Adam  and  updated him.  He plans to hike to South Lake Tahoe as soon as he can.  He then expects to fly to Massachusetts to be with his family in this time of sorrow.