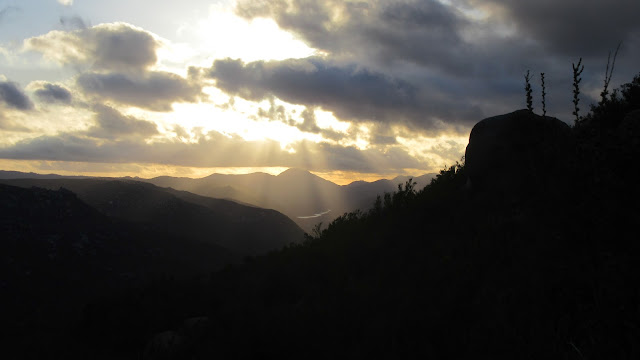 I tossed and turned a lot last night. One of the times I woke up, I realized everything was covered in moisture and I was in a cloud. I then woke up an hour later to a Border Patrol chopper flying through Hauser Creek basin. 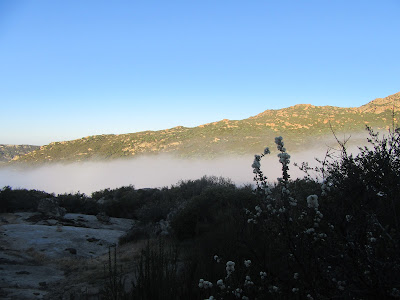 Hit the trail around 6:40am and cruised for almost five miles before seeing anyone. Hiked in the morning with a couple fun German guys, a dude from Belgium, and then had lunch at Boulder Oaks in the shade of a huge tree. At lunch there were Germans, an Irish guy, an Egyptian woman, and a guy from Ohio.

Warning: TMI ahead, read at risk of being grossed out.

I left lunch early around 11am and the tortuous part of my day began. Uphill a couple thousand feet over 6 miles or so, and I was baking hot and battling a numb right thigh, which appears to have gotten worse since I did nerve damage to it in September with a fall on Crestone Peak. I also had some painful ass chafing beginning, which all the normal means to attempt to heal (wet wipes, gold bond powder, body glide, etc) it was not working. 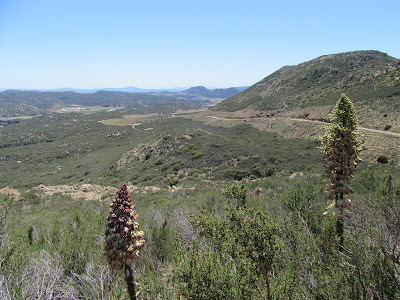 Suddenly my attention was drawn to something other than friction destroying my butt cheeks. I pushed quickly past an angry swarm of Africanized bees (killer bees) that apparently had a nest very close to the trail.

At Mile 31 my day became a bit strange, five minutes after the bees, I see a guy with a huge beer gut came strolling down the trail and other than shoes and a backpack, he was COMPLETELY NUDE. I passed him and just nonchalantly said “Sup bruh?” Seeing I was slowly dying in the heat, he offered back “There’s shade about a half a mile up.” I thanked him and we parted ways, him with his tiny junk bouncing with each step, and me just shaking my head and thinking about one goal.... shade.  A hundred yards later, I remembered the bees, and wondered about how Mr. Pants-Are-Just-Too-Much-For-Me made out with those angry bees. They say the trail provides, and this naked guy gave me an idea. At the next somewhat secluded spot, I stopped, stripped off my boxers which were drenched in sweat and decided I would let my boys breathe the rest of the day to see if that helped my chafing problem.

At mile 32.6, Fred Canyon Road, I came across a “trail magic” sign. This was shortly after a sign that warned of unexploded explosives in the area. I didn’t care about explosives, but I did care about trail magic, and it directed me downhill 0.8 miles off the PCT to Cibbetts Flat Campground.

I hauled ass down the hill and was welcomed to a growing group of hiker trash with an ice cold Rolling Rock, a hit off a joint (it is 4/20 after all), two cold Gatorades, a fresh orange, and a bowl full of pollo asada, beans, sautéed peppers and onions, salsa, and fresh guacamole.

It blows my mind that complete strangers are so kind. I could’ve hugged everyone! I will be forever grateful to all the trail angels, even though I only remember two names; Fruit Bowl and Tacos & Beer.

After eating and leaving a donation, I pressed on for two reasons; I wanted to bite off more of the elevation gain to Mt Laguna to avoid doing it in the heat tomorrow, and also because my social anxiety was rearing it’s ugly head, even though I was having a ton of fun with my new friends. And, if I’m being honest, I wanted some privacy to be able to sleep in the nude in my tent to hopefully alleviate this dreadful chafing issue. So, with a full belly, and a smile, I hiked back up to the PCT and a short way up the trail to where I lie now.

Tomorrow, I get my first resupply, which is good, because I am already destroying food on sight.

Peace out, hiker midnight (9pm) is approaching fast, and I still have two more mint Oreos to eat. I’ve only had six so far while writing this. I’ll eat the last two in company with Orion and the Big Dipper.

Note: Adam's spots - normally where he camps at night